A downloadable role playing game for Windows, macOS, and Linux

There are other ways to earn Arena Points, you can work at the farm, the mines, sell yourself as a prostitute, and trade with NPCs. That being said, the overall character variety is pretty limiting on our part so playing a purely social based character is not easy. Sleeping and resting also give back health, the doctor is just if you want to heal without advancing a day.

oh sorry, i didn't realize! i'll look for those things

Hi sorry about this, are you sure it is infinitely loading? The game takes a while to do it's initial load sequence so clicking or alt+tabbing or anything during it may cause Windows to think it is being unresponsive.

as someone who lives in Central Texas, this is just an average Tuesday

Okay, so here are a few bugs that I found after playing this game for a while.

1. I cannot play the game through steam, and in order to run it I needed to open SteamLibrary>Steamapps>SlaveRPG manually via file explorer. Missing executable : slaveRPG_64.exe

2. If you 'encounter' an enemy while entering a city, no prompts will appear and your character will stay frozen in place.

3.There's an infinite ArenaPoints bug that I encountered accidentally, when trying to repair my Lucille in Axle's Blacksmith, the ArenaPoints will go up instead of down.

4. While using the MedicalTent in FortBell Arena, after buying the service once the option you picked will stay open and will not cost any stamina to use, and you can still use it even after your HP reached Max.

5. Sometimes, when I use the Brothel the Text box under it will overlap

6. Last but not least, when trying to fight the deity, the Prompt will stay up even after entering the fight. Restarting doesnt work as it will do the same thing again if you try to start the battle, and I'm currently trapped here and cannot progress further down the storyline.

Thank you for the error reports, if you would like posting over on the Steam discussion boards would be better for us to log errors.

As far as not being able to launch from Steam goes, we had been playing around with getting a 64 bit version up and forgot to set the settings back so that should be fixed now, so long as you restart Steam. As far as the other issues go...uh, we're trying.

Ok, I'll copy this to steam. Thanks for fixing the first one!
Good luck with the rest of them :)

I'm already max level but my Arena league is still locked a Tier I, and I cant do daily challenges. Does this happen to anyone else or nah?

Are you playing the shareware (free) version of the game, or the paid version?

I think people are downvoting it since the game appears free on the itch site, those without eagle eyes wouldn't notice the fact that it's only shareware, especially on the itch.io app itself.

Well I mean fair enough, I can't think of a better way to incorporate both a paid and free version on here without making a separate page, which seems pretty unnecessary. It's the same set up for our other paid game on here that has a demo, the way Itch displays it on the front page makes it seem like it's free, even though it is displayed under the games that are for sale.

Shareware. Does this mean in order to unlock more content, I should go and buy the game on steam?

Yeah, shareware means that it is a free version of the game with locked or restricted content, rather than a set up demo. You can also buy the game on here for a bit cheaper if you wish and get a Steam key for the game with your purchase here.

We also have a summer sale here on Itch that starts the 24th and are a part of the summer sale on Steam whenever that starts if you wanted to wait a few days for it to be cheaper.

"This title is hosted on an incompatible third-party website."

Guess I can't even install it lol, too bad.

Hey sorry about the troubles, we were using MEGA to file host the shareware version, but have since moved it to being uploaded to Itch directly, you should be able to install it with the Itch app now!

Hi, sorry about the issue, we don't seem to be able to recreate it on our end. Could you tell us what options you selected when creating a character when this occurs?

A human with the path of the bodyguard, communicative, beefy, brown hair, 6'9", random likes and dislikes. 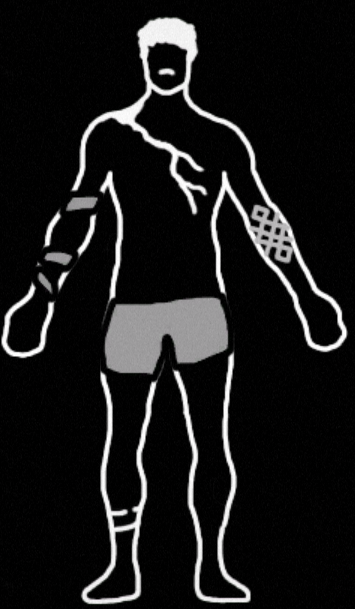 Strange, I just built a character in both the paid and shareware version using these options and it started fine. What difficulty options are you using and what is your character's name perhaps? Also is this your first time playing the game or have you played before and downloaded the latest version?

It is the first time I'm playing the game and I downloaded the latest version, I choose a normal difficulty and the character name was Platypus J.C.

I apologize I am unable to recreate the issue using all of the information you have provided. I believe in order for me to work on this issue anymore I would need to actually see it happen and have a look at any error logs provided, but I am not experiencing any errors related to character creation or starting a new game as a whole on my end.

Hi, this looks awesome but I keep getting an issue on mac it says "You can't open this application "slaveRPG_sharewear.app" because it may be damaged or incomplete."

We have had an issue where the Mac files of some of our games are being treated this way, the fix is what the user below has posted.

"to actually run the game, you have to open the app package contents (which is not a standard thing to do) and find the game executable"

We are not sure why this still seems to be an issue here but it's difficult for us to recreate on our end (Windows users). That being said if your file name is "slaveRPG_sharewear.app" it would not launch regardless as the file name should be "slaveRPG_shareware.app".

Hi!
Your game looks great! Sadly, the shareware mac version looks like this

:(
It's possible to unzip the app file and run the game from the executable that's inside but the game doesn't work past the character creation screen (the Start Game button at the end does nothing at all)

Will try the windows version later in hope that it works as this thing sure looks promising!

Hi, we are sorry that it doesn't seem to be working, from what we have experienced the Windows and Linux builds have worked just fine while the Mac builds have been iffy depending on the version.  Another user on here reported the same problem a while back but we were unable to detect an issue when it had happened then, we will look into it again.  In the meantime the Windows build is working just fine!

We have recently updated the game and this issue should be fixed.

Thanks!
I'm happy to report that both Windows and Mac version are working now! (although you still have to "unpack" the app file manually as OS X claims that it's damaged)

Thank you for letting us know, we don't have a means to test the Mac version so this would have gone unfixed otherwise.  And yeah, we know that having to unpackage it is kind of a pain, but it saves upload time and memory for us as well as keeps things nice and in order so we don't get our builds mixed up.

Oh, I think you got me a bit wrong here. I don't have any problem with having to unzip the archive. It's that - inside the zip file there is an .app file - an os x executable that one should be able to run, just like an .exe file on Windows. But the system says that the .app file is corrupted (like one the screenshot I shared in my first post) and to actually run the game, you have to open the app package contents (which is not a standard thing to do) and find the game executable hidden in a not really obvious place.

But, dunno, it might just be a problem with my mac so feel free to ignore this if no-one else reports this.

When I try to install any version, it attempts to start the download but fails

I'm not sure what the issue is, the downloads are working fine on a few different computers for us and the MEGA side of things seem to be in order.   There shouldn't be any need for installing though, you should just unzip the file and it should play just fine.

When using the Itch client for updates/managing their collections, it requires you to have a specific tag for each system your game supports. When it's setup like this, users are unable to download and install or manage updates with it. That's why it won't "install" for Hugo. It doesn't really install, but it just bypasses the unzipping and future managing steps for the user as far as I know.

Thanks for the info!  It seems a little odd that I would have to specifically use a separate uploading manager to have uploaded games work with the itch.io client as opposed to simply having the client download the .zip normally.  As of now our game is tagged correctly with what systems the game supports, however the client still does not download the files correctly.  I would suggest downloading our game not using the client at the moment, and just from a web browser.

dosent install and i cant figure out why

There should be nothing to install, just unzip the file somewhere and launch the exe to play.

The game doesn't work for the mac version, the 'start the game' at the end of character customisation doesn't do anything....

Thank you for letting us know, the Mac and Linux versions are not currently being tested.  Which version did you try running? 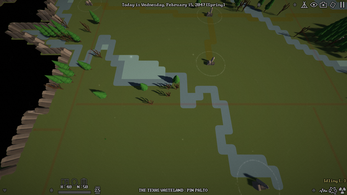 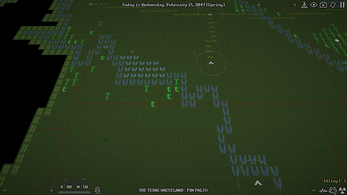 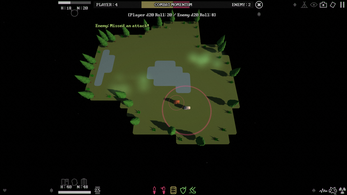 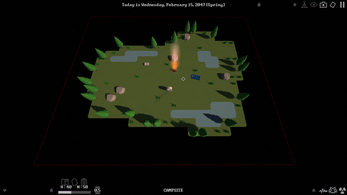 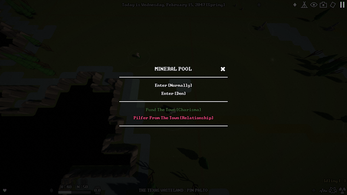 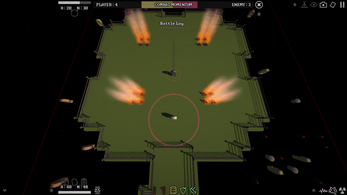